The African DNS Market and echos of ICANN 59 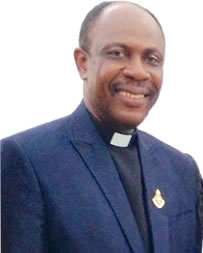 I led the NiRA delegation to the just concluded ICANN 59 Public Meeting held in Johannesburg, South Africa from 26th to 29th June 2017. Because the meeting held in Africa, more focus was on our continent of Africa and the activities.  The Nigeria Community was represented and appreciated.

The Government Advisory Committee (GAC) of ICANN met and all sessions were conducted as open meetings. The discussions hovered around 2-character country codes at the second level, DNS abuse mitigation, geographical names as Top-Level Domains, etc. All the sessions were educative and interactive.

ICANN released its final report on the Africa DNS Market Study. The report is part of ICANN’s outreach efforts to support and improve the regional DNS industry. It was a study of 54 African countries. The report highlighted the strength and weakness in the DNS sector in Africa, explored options for continuous monitoring of the growth, developing and emerging needs of the DNS market in Africa. The findings of the report were to guide the next steps for capacity building in Africa.

The report met with a lot of criticisms from most ccTLD operators at its unveiling. Indeed, when it was my turn to discuss the report at the presentation, my observations were:

●     The study used data that was older than the span of the study. The Nigerian data used was almost two years old. I suggested that it would have been great if the study looked at the trend on an annual basis, but the study itself took almost 18 months to complete, thus an annual appraisal will not work for now.

●     The study did not consider the impact of premium domains. Most ccTLDs like .ng, .ke etc have the possibility of offering names with premium value, and indeed NIRA has been successful with offering premium domains.

●     The study did not correlate domain uptake with GDP as well as the impact of Micro Small and Medium Scale Enterprises (MSMEs) and entrepreneurship, key drivers on domain name uptake.

Authors of the report agreed with all points raised.

NIRA has seen a year-on-year growth of not less than 60% in domain names. The study noted NIRA at 40,000 domains, that was the count two years ago. We have since crossed the 90,000 mark.

The next phase in the implementation plan of the study, is the setup of a DNS Observatory, to provide more accurate information for accurate planning and forecasting in Africa. NIRA is delighted to be a part of all these efforts.

I remain at your service.