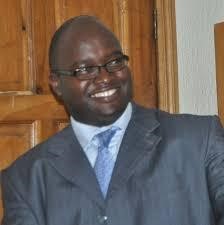 Immediately after the Nigeria Internet Group Colloquium held on the 5th January 2018, NIG held its Annual General Meeting (AGM). Welcoming the members and participants to the AGM, the President NIG Ms. Oyeronke M. Oyetunde eulogizes everyone that had been supporting the group from inception.

The Nigeria Internet Group (NIG) was founded in 1995 as a not-for-profit, non-governmental organization to promote the Internet in Nigeria. The vision of the NIG is to leapfrog Nigeria into a pervasive Internet- employing nation in order to harness its power as a vehicle for development.

The president further presented the Annual Report of the group to members and promised further support and commitment to the Nigeria Internet Group (NIG).

The Annual General Meeting of the group birthed new executives and composition of new NIG Board of Trustees that will lead NIG for the next two years and also continue to chart the successful course for the group.

Mr. Destiny Amana, founder and chief executive officer of IceCool Contracts Ltd emerged as the President of the Nigeria Internet Group, while Dr. Bayero Agabi was elected as the Vice President, Mrs. Nkem Uwaje-Begho, as the Treasurer and Hilary Damissah as the Publicity Secretary.

The AGM concluded with Mr. Destiny Amana’s acceptance speech. He promised to leverage on the past achievements of his predecessors to move group forward. He further said being an IT professional himself, he will introduce new ideas that will further help the group in actualization of her Mission and Vision.