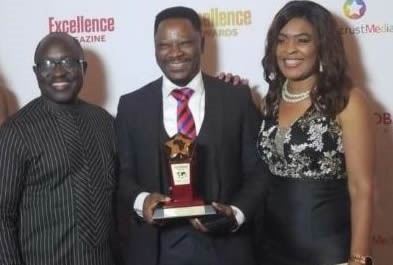 On the 20th October 2018, at the Royalton Center in Toronto in Canada, Silvertrust Media and Afroglobal Television honoured Engr. Ikechukwu NNamani, the Treasurer NiRA Executive Board of Directors and the CEO of Medallion Communications with an “Enterprise Award” for his contributions to humanity in the area of ICT, Telecommunications and Engineering profession. The Canadian Excellence Award was an icing to the several awards won by Engr Ike Nnamani at the Nigerian Tech Innovation and Telecoms Award.

Engr Nnamani was honoured based on his promotion of global connectivity and local content development. During the citation, his achievements include his work in designing an Umbilical Retract Mechanism for the US Navy Ballistic Missile Sub-Division and his groundbreaking works for Boeing Aerospace in Crew Station Designs under the Joint Strive Force Project.