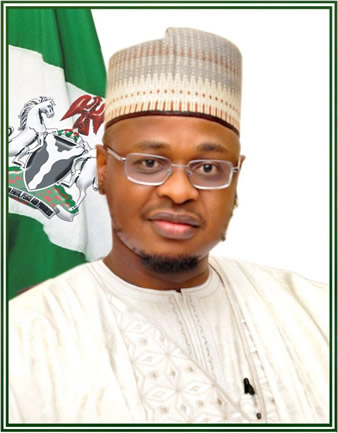 It is with great pleasure that Mr. Muhammed Rudman, President of the Nigeria Internet Registration Association (NIRA) with NiRA Executive Board of Directors and NiRA Management Team congratulate Dr. Isa Ali Ibrahim Pantami, FNCS, FBCS, FIIM, MCPN on his appointment by the Federal Government of Nigerian as the Minister of Communications. Prior to his appointment, Dr. Isa  Ali Pantami was the Director-General/Chief Executive Officer of the National Information Technology Development Agency (NITDA). He held this position from 26th September 2016 to August 2019 when he was sworn into office as the Minister of Communications on Wednesday 21st August 2019. His appointment brought so much joy in the ICT industry.

During his tenure as the DG/CEO NITDA, Dr. Pantami used his wealth of experience to craft a strategic roadmap on how to transform the country’s IT sector. The transformation was aimed at helping the country diversify from an oil-based economy to a knowledge-based economy driven by technology and it focused on Regulation, Capacity Building, Local Content Development and Promotion, Government Digital Services Promotion, Cybersecurity, Digital Job Creation and Digital Inclusion. His leadership in NITDA brought about a paradigm shift and unprecedented achievements in the history of Nigeria’s IT sector.

Some of these laudable achievements at NITDA include;

NiRA wishes the Honourable Minister a successful tenure and looks forward to continuing to work closely with the Minister to further strengthen the ICT sector in Nigeria and promote the usage of the Nigerian Online Identity (.ng).