THE NEXT GENERATION OF MOBILE BROADBAND: 5G 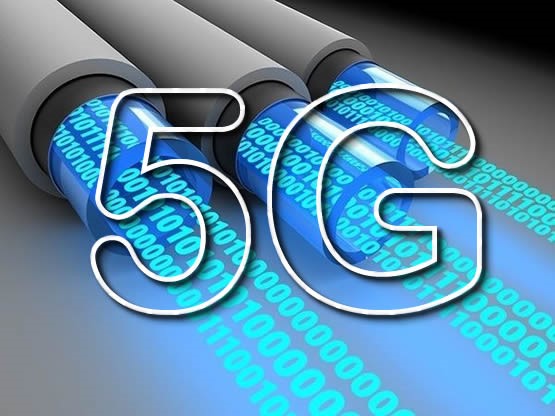 As the world responds to a pandemic the likes of which has not been seen in over a hundred years, the Internet is agog with conspiracy theories, and tales of the apocalypse being disseminated at a speed which is hitherto unrivalled.  One of such conspiracy theories is around the introduction of the 5G mobile connectivity and the fear that it is linked somewhat to the ongoing COVID-19 pandemic.

It must be noted that the Nigeria Communications Commission (NCC) has stated that there is no correlation between 5G Technology and COVID-19 while adding that 5G is an advancement on today’s 4G technology, designed to transform the world positively. The Commission, through its Director, Public Affairs, Dr. Henry Nkemadu also informed Nigerians that there is currently no deployment of 5G in Nigeria. To read more of the NCC clarification, please click on the link https://www.ncc.gov.ng/media-centre/news-headlines/814-ncc-clears-doubts-over-5g-covid-19-and-security

5G is the next generation of mobile broadband. It will provide exponential speed, hence faster downloads and uploads. It will also drastically decrease latency which refers to the time it takes for devices to communicate with wireless connections. Although work on mobile 5G has been on for nearly 10 years, it only started being rolled out to a few cities worldwide last year. A little bit of history is helpful to understand just how much of a difference 5G will bring to the world of mobile technology.

1G was the first generation of cell phone technology, which was analogue, delivered on phones which had poor voice quality and short battery life. 2G brought with it a new set of standards governing wireless telephone calls. It was digital, an improvement which allowed cellular phones to provide data along with voice. Fundamental services such as SMS, roaming, conference calls and real-time billing were introduced with 2G. The maximum speed of 2G is 50Kbps on General Packet Radio Service (GPRS) or 1 Mbps with Enhanced Data Rates for GSM Evolution (EDGE). The next generation, 3G, made it possible to surf the net directly on our mobile phones, opening up web browsing, video downloading, and picture sharing to mention a few. True 3G has maximum speeds of up to 21.6 Mbps. The fourth generation, 4G, was introduced to deliver speeds that enabled video streaming and support a large ecosystem of applications which require sustained, reliable connectivity. The purpose of 4G was to provide high speed, high quality and high capacity to users. It also improved security and reduced the cost of voice and data services. 4G, the fourth generation, is the bedrock of gaming services, high-definition mobile TV, video conferencing and cloud computing.

5G is the fifth-generation broadband. It promises significantly faster data rates, higher connection density, much lower latency, among other improvements. Some of the plans for 5G include device-to-device communication, better battery consumption, and improved overall wireless coverage. The max speed of 5G is aimed at being as fast as 35.46 Gbps, which is over 35 times faster than 4G.

Some of the advantages of 5G include:

It is hoped that the world will recognise that 5G broadband will bring great development and it will ensure that humanity can unfold its greatest potential until now, preparing us for innovation such as we had hitherto only dreamed about.