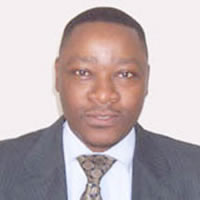 The Federal Government of Nigeria on Wednesday, January 12, 2022, announced a reversal of the ban on the microblogging platform Twitter in the country exactly after 222 days of total disengagement with the Nigerian public.

The lifting of the ban was issued by Kashifu Inuwa Abdullahi, the Chairman of Technical Committee Nigeria Twitter Engagement and Director-General National Information Technology Development Agency. Abdullahi said the approval for lifting the ban was granted after Twitter agreed to respect Nigeria’s law and culture.

He said the company also agreed to collaborate with the federal government and the broader industry to develop a code of conduct in line with global practices application in most developed countries. Other conditions accepted by Twitter included committing to setting up an office in Nigeria by the first quarter of this year.

Speaking on the lifting of the ban and what to expect from Twitter under the terms spelled out by the government, Engr. Ikechukwu Nnamani, President of the Association of Telecommunication Companies of Nigeria (ATCON), said the most important thing is that Nigerians that depend on Twitter for their businesses or a means of socialising now have access to the platforms and others that still exist.

“It is a welcome development and I’m personally happy that we’ve been able to make progress on this,” he told Arise News during an interview. Nnamani said that in terms of the cost, the reality is that no one was happy with this, “not even the federal government. If you engage with them as I did, I got first-hand information on what the challenges were from regulators and security agents”. He added that the challenges were not only monetary and that there were other issues that needed to be tackled which have now been resolved.

When asked what it cost the Federal Government of Nigeria – the cost of goodwill from the public and also just a betrayal of basic democratic tenets like freedom of expression, Nnamani responded by highlighting that there were “serious national security issues” which also needed to be addressed.

When asked if he supported the Twitter ban, Engr Nnamani’s response was an outright No.He however enlightened the public on ATCON’s engagements with government to better understand what the challenges were. He added that it was unfortunate that the resolution took so long. He provided some counsel on what the future holds and gave the much-needed thought-leadership at this time.

NiRA is proud to be associated with Engr Ikechukwu Nnamani who is also a former Executive Director on the NiRA Board. This interview has changed the perspective of Nigerians regarding the Twitter ban, encouraged Nigerians to look inwards for solutions to our problems, and provided additional perspective about the challenges which Nigerians may not have recognised, with the way that the Twitter platform managed its presence in Nigeria before the ban.

We encourage you to watch the full interview here: